8b Redpoint & 8a Onsight for 16 yr Old Ellis Butler-Barker

17 year old Team GB member, Ellis Butler-Barker, has just returned from a very successful trip to El Chorro where he onsighted two 8a's and redpointed Trango, 8b. Ellis was out in El Chorro with 16 year old Charlotte Warner who climbed her second 7c with Talmania.

Ellis headed out to El Chorro recently with two main goals firmly in mind for his trip; onsight 8a and redpoint Cous Cous, 8c, at Makinodromo. On the first day of the trip, Ellis' goal to climb Cous Cous was swiftly abandoned when they failed to get to the crag. Ellis then decided to focus on his other goals, and enjoy his trip, commenting:

"My Cous Cous goal went out of the window but this took a lot of pressure off of my shoulders and meant I could enjoy the trip a lot more and do loads of other routes instead of putting so much time into a single route which may or may not have happened."

As Cous Cous had been Ellis' main goal he had put a lot of effort into training endurance prior to heading out to El Chorro, however this wasn't to be a wasted trip and Ellis got stuck straight into Trango, 8b. The fitness training paid off and Ellis climbed the route on his second redpoint, commenting:

"Trango is a really cool route and in no way what I was expecting! I thought it was going to be a big juggy pump-fest but I was wrong about the juggy part, it has loads of crimps and bridges on smears and then a powerful upper wall. Very fun climbing with some scary run-outs on places."

Ellis then climbed his first '8a+ in a day' with El Padre Orillos, a short intense route, which Ellis just managed to climb on his second redpoint:

"The crux had a hard move off two poor slopers to a small slot with a shallow two finger edge inside. When I did the route I hit the slot completely wrong and somehow managed to catch it with my back-two fingers and then had to make the big throw for the jug off of this, it felt so cool! This route went after about 1.5 hours of work."

Ellis climbed another 8a+ on his trip, the extension to Poema de Roca, the classic 7a, Ellis did not climb this 8a+ in a day, deciding to come back the next day rather than have another go that day. However, instead of having another redpoint on the Poema de Roca Extension, Ellis decided to have an onsight attempt at El Ave Fenix, 8a. Ellis had picked this out as a good potential 8a onsight as it is 40m long and steep. Ellis described onsighting the route:

" The most exciting part of this experience was when I just started to move onto the headwall and I saw the chains as I was resting. I made sure I shook out as much as possibly and was fully prepared to take on the last section, which seemed totally droppable still. I was on the route for roughly 45 minutes (I didn’t know I could hold on for so long) and I literally just rested my way up the steep wall. I clipped the chains and screamed (a lot) I was so happy to do my first 8a onsight, especially as onsighting outdoors has been a great weakness of mine."

Ellis then began projecting an 8b+ for the last few days of his trip, but with no luck. As a consolation prize, Ellis managed Talmania Extension, 8a, whch he climbed 2nd go after dropping it above the last bolt on the onsight. He also onsighted Gabiel Hemafrodita, 8a, commenting:

"I found a bit harder than El Ave Fenix as the sequence was less obvious so made for a hard onsight. I fought my way up this a little more than my other 8a onsight and the holds were smaller but luckily so were the moves."

Ellis plans to focus on competitions for a little while and train for a summer trip away. You can follow Ellis' climbing on his BLOG

Charlotte is sponsored by Tenaya, Lapis, Climb on and Beta Climbing Designs. 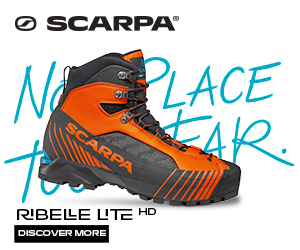 18 year-old Ellis Butler-Barker recently made the first ascent of an old project at Cheddar Gorge, which he has named Fallingwater and is believed to be around 8c in difficulty.

hms
5 Mar, 2014
Actually she climbed El Chocco (7c) at Brean in October. Why didn't they manage to get to Makinodromo, btw?
JayK
5 Mar, 2014
The route in the picture is Talibania - not Talmania isn't it? It's graded 8a in the Rockfax Chorro guide with a very dubious topo. It's obviously incorrect. The route is a very cruxy 7c - a 7a jug romp start up the corner of the medias cave to an awkward crux in the top groove just below the huge bull ring lower chain. Nothing hard is added between the two chains. If I remember the correct route. Great effort on Trango! That bit of rock looks immense. I wish I was in Spain....
IainWhitehouse
5 Mar, 2014
Indeedy, this was Charlotte's second 7c - maybe they got confused because it was her first this year??
Add Comment
Facebook Twitter Copy Email LinkedIn Pinterest