Neil Gresham has continued making the most of unclimbed lines at Malham Cove, North Yorkshire by establishing Sabotage 8c+ - an extension to Predator (8b)​ 8b and his first of the grade.

First climbed by John Dunne in 1987, Predator is regarded as one of the classic routes of its grade in Britain, featuring 25m of sustained, technical climbing on perfect rock. The route finishes under a large bulge at three-quarters height and Sabotage, Neil's new extension, goes through this and up the capping headwall, all the way to the girdle ledge. The successful redpoint was made on October 13th after approximately 30 sessions of effort spread throughout 2016.

'I guess I have a long history with this line, starting back in 1987 when I first visited Malham with my Dad during a school holiday. It just so happened that John Dunne was there, attempting the first ascent of Predator and I was blown away to see one of my all time heroes in action. He even chatted to us during a rest break and pointed us at the easiest route on the catwalk, which completely shut me down! But the seed was sewn and I vowed to return to Malham and serve my apprenticeship.'

Steve McClure originally bolted the extension to Predator, but he decided to focus effort on his 9b project above Raindogs instead and it was left to gather dust. Neil picked up the gauntlet and inspected the line on abseil in October 2015. He was hooked, but encountered a minor route-finding dilemma:

'The line Steve had bolted was pretty direct but the rock was a bit sharp and crozzly in one place and a couple of crucial flakes were fragile. I spotted some nicer looking holds on cleaner, more compact rock just to the left and after getting clearance from Steve, I decided to to re-position two of the bolts. My aim was to follow the natural line of weakness and to link all the best features together.'

Neil tried the route briefly at the end of last year but couldn't do one of the crux moves, so he went away and trained for it specifically throughout last winter, focussing on the pinch-grip strength required for the crux. When he returned in the spring he managed the moves first try:

'The crux moves through the bulge are around Font 7b+ in difficulty and revolve around a flared, sloping tufa which looks as if it's been painted onto the wall. It's a bit too close to my bouldering limit for comfort, in spite of all the specific training that I did to prepare. If I was the slightest bit tired when I got there from the floor then I didn't stand a chance, so the challenge was to climb Predator without getting pumped.

'The moves after the crux on the headwall are much easier (around Font 6c) but droppable if you panic, which is what happened the first time I got there. There's a tradition for taking big lobs on this headwall, what with the infamous Well Dunne Finish just to the left, and Sabotage continues the trend. You can't clip the dogging-bolt when you're on redpoint and I took a monster from the penultimate tricky move just before the easy ground.'

Having worked out the crux, Neil then started to refamiliarise himself with Predator and after a session to work it out, he managed to lap it 6 times the following visit and 4 times with a 4kg weight-belt the session after. He commented:

'It was great fun to return to this route quarter of a century later, in the body of a 45 year old! It was a welcome confidence boost to find it much easier and a nice reminder that age doesn't seem to be a limiting factor in climbing.'

After a sustained campaign throughout April, Neil finally made it through the crux section, but gave it away on the easier upper headwall. It warmed up in May, forcing him to retreat and train indoors for a re-match in September. Neil described the balancing act of training for the line:

'The route is tricky to train for as it requires a bit of everything. It's a big pitch so you need to be able to recover on the rests and also have strength for the crux bulge as well as power-endurance for top and the hard sections of Predator. I tried my best to keep all the plates spinning but you still end up worrying that you're slightly short on one element or another. I've never put as much effort and care into preparing for a project and I don't say this lightly. I gave up alcohol for an entire year and followed a very restrictive diet for much of the time.'

When Neil returned to Malham in September, temperatures remained prohibitively high and he spent another frustrating month, repeatedly falling at the crux and failing to reach his previous highpoint in humid, greasy conditions. The line was beginning to take its toll mentally:

'Routes with high 'stopper' cruxes always provide the sternest test of redpoint psyche and for me Sabotage was way more of a mental challenge than a physical one. During the whole campaign I ended up climbing Predator 48 times and didn't drop it once, but this was little consolation when I fell off at the high crux yet another time. When there are no signs of progress you have to dig in deep and remind yourself that the next redpoint could still be the one, even though you're becoming increasingly fed up and feel like you're a million miles away!'

By the time it cooled down in October, Neil felt completely burnt out and decided give up for the year. However, whilst over in Dublin on a bouldering trip, he found his motivation slowly returning, partly thanks to Dave MacLeod, whom he consulted for some coaching advice:

'Whilst chatting to Dave, I realised that I'd become far too obsessed with the minute details of training, tactics and nutrition but had lost sight of the bigger picture. Earlier in the year our house was flooded, we had our second child in temporary accommodation and I had also lost a major work contract. It probably wasn't the best time to be trying to climb the hardest route of my life, but when Dave suggested I accepted this rather than continuing to fight it, things just seemed to fall into place. After all, the reality is that stress has way more of an influence on our performance than the number of Aero-Cap laps we do or which protein shake we take. '

Armed with his new mental approach, Neil returned and managed to send the route in a well-timed dry spell as the season drew to a close.

'It just felt so ridiculously easy on the final ascent and left me feeling like a complete idiot for taking so long. But maybe that's the only way it can be if the route is genuinely at your limit, seeing as the slightest micro-error at any point will end up costing that attempt.

'It's a massive relief to get it done and I'm really looking forward to eating cakes again and spending time with my family! There are no immediate climbing plans although I'm looking forward to getting back into Scottish winter this season and having a play on my project at Kilnsey next year.

'The name refers to all the things that were attempting to wreck my chances of success, the rubbish conditions, background stresses and so on, and Sabotage is also a Schwarzanegger film, in keeping with the theme of the wall.' 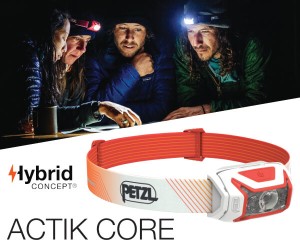 Neil has performed at a high level in every discipline from Deep Water Soloing to Sport, Ice and Traditional climbing for over two decades. In the UK he made the third ascent of Indian Face (E9 6c) in 1995 and the second...

Neil Gresham has made the first ascent of a new line on Pavey Ark. Lexicon crosses briefly through the easier climbing on Impact Day E8 6c, but includes an independent start and finish, making it a distinct new line. Read our...

Steve McClure has made the second ascent of Neil Gresham's Olympiad at Skrinkle Haven, Pembroke. Neil climbed the route in 2012 as an 8b deep water solo, but Steve opted to place gear for a grade of E10 6c.

This week's episode of Lockdown Training Discussion carries on from last...

teddy
19 Oct, 2016
Super inspiring to see you succeed Neil, nice work!!
Morgan Woods
19 Oct, 2016
Great news Neil....very inspiring! but what's an "aero-cap lap"?
SenzuBean
19 Oct, 2016
Aero-cap is short for aerobic capacity, so it's just a training lap for increasing aerobic capacity.
SuperLee1985
20 Oct, 2016
On first glance and the tittle and seeing the word 'Sabotage' I assumed this was another vandalism article. Inspiring stuff, great effort Neil, as a punter I can't comprehend putting that much effort into one route. Hadn't realised Steve Mac was projecting a 9b up there though, would that make it the hardest route in Britain?
Ed Booth
20 Oct, 2016
Anybody know who the dark horse trying rain shadow at the moment it. Saw some guy a few weeks ago trying it and looked super strong on it...
More Comments
Add Comment
Loading Notifications...
Facebook Twitter Copy Email LinkedIn Pinterest