Swiss climber Katherine Choong has climbed Jungfraumarathon, her second 9a. The route is at  Gimmelwald, hidden between the snowy peaks of the Jungfrau region and has an extensive selection of sport climbing.

The route is very overhanging, ranging from 35-45 degrees and only 20m long, so packs a mighty punch. Choong began trying the route in October 2018 and came very close to completing the project before the snow stopped play. It wasn't until June of this year that she was able to return, although instead of snow it was extreme heat that caused problems.

Jungfrau Marathon ✅ I finally sent my second 9a ! 🤩 I'm incredibly happy to have climbed this beautiful line ! I had one of those rare flow experiences where you feel magically carried to the top. An incredible achievement for me and an unforgettable moment! Many thanks to all my friends who came with to the cliff, who belayed and supported me and also for the fun time ! I am very grateful to have you all. Thank you @nico_falquet for 🎥, your patience and your never ending jokes 😜 And of course thanks to @lauterbrunnen for the precious support ! • • 📸 @julia.cassou • • @baechlibergsport @mammut_swiss1862 @banquecantonaledujura @scarpaspa @louischevroletwatches @climbingholds.shop BEELERGates @lauterbrunnen @schilthorn_pizgloria

Choong spoke to 8a.nu and said: 'In parallel, I started the world cups at the beginning of July, which didn't go well. I arrived at the end of the summer and finally, I had not progressed at all in my project on the cliff, on the contrary, and at the end of the first part of the disastrous competition season. I was stubborn in my method in the crux of Jungfrau Marathon and I was beginning to have doubts about my ability to clip the chains one day. No remarkable ascent this year outdoor, no very good results in comps, it became very difficult mentally to keep the motivation and confidence in me and it was felt in my attempts in the route.'

The ascent itself was a 'rare flow' experience, said Choong. Feeling as though she was 'magically carried to the top,' she describes it as 'an incredible achievement for her' and one she won't forget any time soon.

In 2018, Choong climbed her first 9a: Cabane au Canada at  Rawyl, near Sion in Switzerland. Below is a video of her on the route: 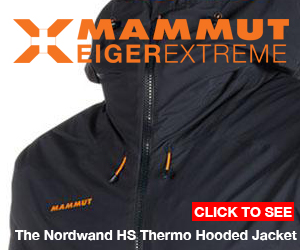 #19 A Mixed Bag of Global Ascents

Katherine Choong is a sport and competition climber who has climbed two 9a's and competes regularly in the IFSC Lead World Cups.