On Wednesday 29th January Damian Hall successfully completed a Winter Paddy Buckley Round in a time of 21:20:30, beating the previous record of 21:37, held by Jim Mann. What makes the achievement all the more impressive is that Damian completed the round in a solo/unsupported style, and with snow on the ground, making it a true winter round.

He did it! @ultra_damo completed his solo & unsupported Paddy Buckley Round (61-mile / 28,000ft ascent) in what is thought to be a winter record time of 21hrs 30mins (awaiting verification). . Full story 👉 VIA LINK IN OUR BIO. . #inov8 #GetAGrip #GrapheneGrip #ultrarunning #ultra #fellrunning #trailrunning #running #snowdonia #wales #paddybuckley

Read more
The Paddy Buckley Round takes in a large proportion of the major peaks within northern Snowdonia, with five legs covering the mountain ranges of Snowdon, the Glyders, Carneddau, Moelwyns, and Hebog/Nantlle. It is universally considered to be a step-up from the Bob Graham, not necessarily because of its distance (which is largely the same), but because of the additional height gain - the PB having 8,700m compared to the BG's 8,160m. Add into the mix more rough and untravelled terrain, and in the current set of circumstances a lot of snow on the tops, and you have yourself a true 'challenge'.

Read more
In previous years we have reported on two separate winter records: Tom Phillips' 2015 round, which took 22:49, and Jim Mann's highly impressive 2017 effort, which brought the record down to 21:37. What made Jim's time all the more impressive was that he had broken the winter Ramsay Round (the Paddy Buckley's Scottish cousin) record only a few weeks before.

We're going to try and catch up with Damian for more details as/when he's recovered, but in the meanwhile we'll give him a few moments to rest.

Thanks once-again to everyone that followed and commented on the thread that tracked his progress throughout. Blessed are the dot-watchers… 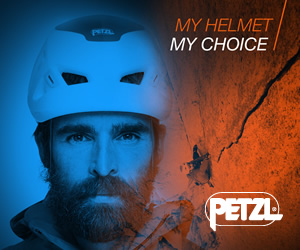 Damian Hall is an ultra distance runner, UKA coach, journalist, and - in his own words - a climate emergency hypocrite. He's most at home running long distances over lumpy things, having won a variety of horrific...

Damian Hall recently completed a record breaking winter Paddy Buckley Round, finishing in a time of 21:20:30 - 7 minutes ahead of Jim Mann's previous fastest known time. We caught up with him to find out more.

After a stormy week, the Montane Spine Race is finally over. Rob Greenwood, who spent much of the time glued to a screen watching the trackers move steadily north, brings us a summary of the race along the full length of the Pennines.

This weekend, Es Tresidder set a new record on the Ramsay Round. The Lochaber-based runner, one time record holder...