2020 has objectively been a crazy year. Like all other aspects of life, Covid put climbing in the south-east on hold for a substantial chunk of the year and has unfortunately also exacerbated some access arrangements in the area. However, there were some significant highlights in the year (particularly in relation to hard top ropes) to go with the lows and the lockdowns.

The southern sandstone doesn't really come into condition until March due to the need for the rock to dry out. Unfortunately, this year that timed with the national lockdown, where in line with advice from the British Mountaineering Council, climbing was not advised. As such, the season didn't get going until May, when we were allowed to climb outside again, but it started with a bang with Peter Wycislik's first ascent of Alone at  Eridge Green Rocks.

This climbs one of the great last gaps on the sandstone, the blank face of the Elephant's Head at the far end of the crag. This had been tried by many and few had made any progress past the initial crack, as the wall above features a poor sloper and not much else! Peter declined to grade the route but thought the crux would be around 7C+ and as such it is up there as a contender for the hardest top rope in the south-east. Peter is pretty well placed to comment on hard climbing as in June he also managed to get the second ascent of the Low Start to Brutus - Maximus, which weighs in at around 8A+/B. As Peter is the only person to climb this and the previous hardest problem (Font Blues), his opinion that Brutus Maximus Low Start is the current hardest boulder problem in the south-east seems sound.

In June an in form Hamish Maslen managed to repeat Alone, confirming its quality, before going on to climb the third ascent of Face me (8A) at  Bowles Rocks in July. In my opinion, this was one of the most impressive ascents of the year, as the two previous ascents (Barnaby Ventham and Steve Darling) were completed in the depths of winter when the frankly miserable crimps of this boulder problem become slightly more holdable. To tick this one off in summer requires some steely fingers indeed!

Eridge Green Rocks continued to be popular as the summer progressed (which unfortunately links into an access issue later in this article). The far end, in particular, saw a fair amount of development this year. A new boulder called Writers Bloc (get it?!) was developed in May with Robbie Bridge adding Write (6B+) up the obvious arête. Peter Wycislik then added Poetry (7A) up the centre of the bloc as well as the best climb on the boulder, Across the page (7A+), which traverses around the lip. Not wanting to miss out on the action at the far end, Herve Nuttall also added Dancing Shadows (6C) just around the corner from Alone.

After the heat of the summer had subsided, a couple of other significant gaps on the sandstone were plugged. First to fall in September was Rhys Whitehouse's long anticipated send of the blank ramp feature on Purgatory wall at  High Rocks Annexe. Scoliosis, as Rhys named it, took a dozen sessions over two years and at English 7a or Font 8A as a highball (if you are feeling brave) it could also be a contender for the hardest top rope in the south-east. This often overlooked crag has started to receive a little more attention recently (again linking to the access issues part of this article) recently and I also managed to squeeze in Anna's Arete at the more amenable grade of 6C in August.

Towards the end of the summer, Peter Wycislik added SuperDry (f7c) at  Stone Farm. This climbs the almost permanently wet (hence the name) wall to the left of Birdie Num-Nums through a sloping feature that looks great from the ground and is a lot less useful when you are actually using it! Future ascentionists beware; this one will take a long hot summer to dry out!

The final climb to report is at  Bulls Hollow Rocks, which has previously almost exclusively been used as a top-roping venue, with the exception of a couple of small problems 'on the way' to Toad Rock. However, just before things started to get wet I put up a boulder problem on an overlooked face in the centre of the quarry called The Coal Face which climbs the dark wall next to a scramble called 'Coal Cellar.' This is a morpho little number with a height dependant flick, which might be quite a lot easier for the tall and much harder for the short. For my height of 5'10, it felt like 7A+ which as one of the few boulder problems at the crag unsurprisingly became the current hardest!

Access Issues and Conservation (in collaboration with Daimon Beail)

COVID-19 brought a colossal shift in focus for climbers in London and the south-east. With walls closed and restrictions on travel, record numbers headed out onto the sandstone. Being a soft rock, Sandstone has strict rules in place to help protect the rock and environment. Unfortunately, it would appear that a larger number of climbers were not aware of the code of practice and were unable to both climb and protect the rock/environment. A significant crisis unfolded with large numbers of holds seeing rapid erosion and damage, banned areas of rock were being climbed upon and access agreements breached. Significant work was done by the British Mountaineering Council through videos and online literature, as well as members of the Harrison's Rocks Management Group and the Southern Sandstone Climbs team, supported by local climbers, key climbing walls and other individuals to help bring awareness to the code of practice and unfolding situation.

In the end, it was impossible not to invoke a climbing suspension at  Bassett's Farm Rocks in June and  Eridge Green Rocks in July. Work is still on-going to rectify the issue at Eridge and repair work is still being undertaken at all crags. Lockdown Two came into effect on the 5th November, when sandstone conditions had deteriorated with large amounts of it being wet and out of condition. Again, record numbers of climbers headed outside, unfortunately, this time onto out of condition rock. The scale of the issue and additional damage being caused on the wet rock called for a southern sandstone climbing suspension. After the lockdown was lifted, a new 'Winter Season' was implemented to help bring awareness to the general conditions and potential damage this could cause if climbed upon.

What was witnessed this year was unprecedented and extremely challenging for all involved. On the flip side there were many new climbers who did follow the code of practice to the letter and clearly demonstrated their desire to climb effectively and in a manner which protected the rock and environment. Over 50 new climbs and problems were recorded, and many new climbers have a newfound love for outdoor climbing and specifically sandstone. It is also important to acknowledge and thank all the people this year who helped spread the messages on social media, reported issues, helped educate climbers new to sandstone and engaged in volunteering work!

As we enter 2021 hopefully we will begin to emerge from all the restrictions that Covid has caused and be able to share the load between climbing on rocks and walls in the south-east. It is also worth reminding people, both experienced climbers and those new to the sandstone, about the code of practice which can be found here. Hopefully, both access to the rocks and the rocks themselves will have a less damaging time in 2021.

Southern Sandstone Climbs by Daimon Beail is the first Rockfax guidebook to cover the climbing and bouldering in this area and is an exciting development for us. The book covers the climbing information in the usual Rockfax style - big full-colour photo-topos, detailed maps and full text descriptions - all lavishly supported by some great action photography.

The book is also available in full on Rockfax Digital. 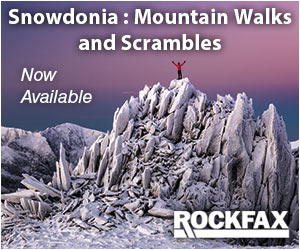 First Winter Ascent of K2 made by All-Nepali Team

2019 has been another great year in the South East for climbing with new developments, new walls and unfortunately some access issues. For the first time since I have started writing this annual round up in 2013 I have not contributed anything to ...

South East Sandstone Round Up 2018

Tom Gore gives us a rundown of the development which has taken place over the past year on Southern Sandstone.

Tom Gore reports on the biggest achievements on Southern Sandstone and the South-Eastern competition circuit in 2014. With wetter weather, 2014 proved to be a slightly quieter year than 2013 on the Southern Sandstone. Nonetheless there is still a fair amount to...