Daniel Woods has made the first ascent of the "mega project", now The Process on the Grandpa Peabody boulder at Buttermilks, California.

Details are scarce, as in there are no details yet other than that Daniel confirmed in a text message reading Yea man I just took it down. Crazy process.

He agrees the hard training he put in between the La Sportiva Legends Only competition and now paid off, but at the same time says ...this thing was purely mental., though ...the training helped build [his] confidence. Feeling physically fit helps a ton for the mental.

In Exposure II, Daniel climbs the problem to the lip but doesn't really commit on the top out.

Regarding the difficulty, this problem, linking Blood Meridian, ~8B, straight into an ~8B+ followed by a scary ~7C+ top out, has been speculated to be ~8C+. Sounds quite reasonable from the couch perspective, but let's wait and see what Daniel has to say about it.

Perhaps he will wait until he has had a go at Christian Core's Gioia, ~8C+, at Varazze, again. The plan is to go there in late February.

Meanwhile, Alex Megos is working Lucid Dreaming just to the left, so maybe there will be more news soon...

This story will be updated as soon as I have more information.

Daniel Woods has been at the very top of the sport for over ten years. One of his first major ascents was the Green 45 project, which he named Jade. The grade has since settled at Font 8B+.

Since then, Woods has...

Daniel Woods has climbed his long-standing project - the sit start to Jimmy Webb's Sleepwalker (Font 8C+) in Black Velvet Canyon just outside Las Vegas. He has named the problem Return of the Sleepwalker and proposed a grade o...

The Ticklist #11 Tyrolean Trad, Bouldering Beasts and 9b Repeats

In a busy week of UK news, there were some ascents which flew a little under the radar both at home and abroad...

In this week's Ticklist, we have our customary ascents from Rocky Mountain National Park, a new problem from the on-form Aidan Roberts and a desperate new multi-pitch in the Dolomites... 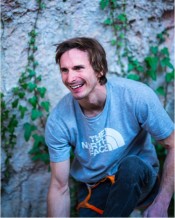 Daniel Woods is getting serious about his route climbing. After La Capella, 9b, he wants more. 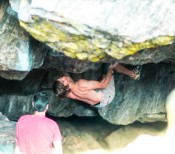 Daniel Woods climbs The Creature from the black lagoon, ~8C+

Daniel Woods has fiinally climbed through his mental barrier and made the first ascent of The Creature...

jsmcfarland
18 Jan, 2015
Gotta go look at Exposure again but damn that's awesome news. Seems like Woods, Webb, Graham are going to be kings of bouldering for a while longer yet eh :p
RyanOsborne
19 Jan, 2015
'I wonder if it may be sensible to propose a route grade for such a climb. As far as one could tell from Exposure, the problem is longer than, dare I say it?, either Action Direct or Hubble.' I think Steve McClure (or maybe someone else) said something once about grading these big boulder problems, and that as they're not really individual hard moves, or hard short sequences, they should really be given a french grade, which describes the route's difficulty overall.
jsmcfarland
19 Jan, 2015
Funny, some high level routes are broken down into boulder problems between easier terrain so it's all apples and oranges. Just because the problem is really long doesn't mean there is hard moves, just that there are super hard sections with slightly less super hard sections between
Michael Ryan
20 Jan, 2015
It's a boulder route innit? Route grade has to be up there; 9b? (or E12 7b ; o )
Michael Ryan
20 Jan, 2015
BTW ...Transporter roon next to this new rock climb used to have bolts in it and was given 5.12c - then the bolts were taken out and it was soloed.
More Comments
Add Comment
Loading Notifications...
Facebook Twitter Copy Email LinkedIn Pinterest