MacLeod climbed the route in less than ideal conditions yesterday, just before a large patch of rain enveloped much of Snowdonia's mountains.

"It just started spitting and spotting a bit when we got there and I thought it wasn't going to happen. Then it cleared just enough." said Dave this morning as he was drinking tea in Pete's Eats in Llanberis.

"It started to rain again when I got to the jugs after the hard climbing and I climbed the upper easy top section in a bit of rain." he explained.

MacLeod had visited Wales last week and spent a couple of days working the line. He previously tried the route back in 2007 but opted to lead the Llanberis Pass testpiece of Trauma (E8/9) instead (UKC News).

Speaking about the gear the day before his successful ascent, Dave said: "I found two microwire placements close together, that you can equalise with a bit of rope, with a screamer on. They are what you would be relying on really."

Dave was in Wales with his wife Claire and with film crew Paul Diffley and Tom Kirkby, so photographs and video footage will be appearing in the not so distant future.

The Indian Face was first climbed by Johnny Dawes back in 1986 and before Dave's ascent had seen two repeats by Neil Gresham and Nick Dixon.

The route is a very bold and technical slab climb with minimal protection but relatively (for an E9) easy climbing. It has gained almost mythical status in British climbing, partly due to the first ascensionist Johnny Dawes being one of the UK's true climbing heroes and partly due to a lack of repeats over its twenty four year lifespan. As fashions in climbing have moved toward harder, steeper and safer routes, The Indian Face has remained a desperate and deadly challenge reliant more on skill and technique than finger strength and muscle endurance.

The reported French grade of the route is around F7c, and this is at the very lowest end of the E9 scale, but the technical and continuously smeary and balancy nature of the climbing, coupled with the death-fall potential, make an onsight lead a terrifying proposition - hence the E9 grade.

A safe E9 could be as hard as F8c (remember you have to put the gear in too -which makes it feel harder!) and when E grades were used to grade bolted climbs, before the UK adopted the French system for sport routes, Hubble the famous F8c+ at Raven Tor, was graded E9 7b - see Peak District guidebook page on the right. 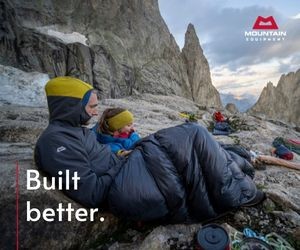 Hunger 9a by Hamish McArthur

This week's Friday Night Video is Dave MacLeod's short film that documents his time on Neil Gresham's Lexicon (E11 7a) on Pavey Ark, Lake District. The route has now had four repeats fr...

Dave MacLeod has made the third ascent of Neil Gresham's Lexicon E11 7a at Pavey Ark, Cumbria. The route shares the start of Impact Day E8 6c up to a break, before leading straight up an overhanging headwall on small crimps with marginal...

Robbie Phillips has added a new E10 7a to Duntelchaig crag, Invernesshire, which he...

Dave MacLeod has made the first ascent of a bold new Ben Nevis E9 6c on Titan's Wall, Carn Dearg... 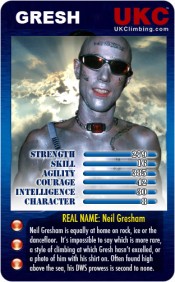 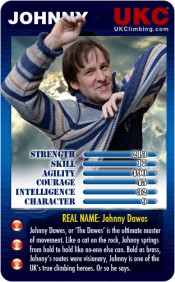