Batman 9a/+ by Josh Ibbertson

17-year-old Josh Ibbertson has repeated Steve McClure's Batman 9a/+ at Malham Cove. Initially graded 9a+, the route has settled at 9a/+. Eder Lomba achieved the first repeat in May this year (UKC News).

Steve climbed Batman in 2013 while working on his main objective, which ultimately became Rainman (9b). The route starts up Bat Route and then heads into a section of 8c+, before rejoining Bat Route on the headwall.

Fresh from climbing Northern Lights 9a (UKC News) this summer, Josh turned his attention to Malham Cove. He was inspired to try Batman after ticking Rainshadow 9a last year. Josh told UKC:

'I tried it this spring for a while after we came out of the last lockdown and got pretty close, but in the end, I had to leave Malham after it got too hot and midgey! We did try a couple of 5 a.m. starts, although that didn't seem to work very well. I realised that I needed to work on my power endurance so that I would have enough left in the tank for the final boulder problem, just before joining Bat Route, so during the summer I got on lots of routes which would help with this.'

When he returned to the route a few weeks ago, Josh felt as though he'd made progress, especially with regard to his power-endurance. He explained:

'I was able to consistently have good burns into the crux. The send go was a really great experience, everything came together nicely. The route flowed well; conditions were good. It ended up being much less of a fight than I expected. The crux, where I'd been spat off lots of times before, felt so different! After I'd got through that it was just a matter of staying relaxed on the headwall of Bat Route. By comparison the climbing is not as hard, but it's still droppable if you lose concentration or are pumped out of your mind!'

Despite Batman receiving relatively little attention in recent years, Josh rated the quality of the climbing highly. He said:

'Batman is without a doubt one of the coolest routes I've ever done. The way it climbs is just awesome. There are lots of deep drop knees and interesting body positions.'

With three 9as now under his belt, two of which he climbed this summer, Josh is currently on top form. He summed up:

'This season has been so much fun, climbing with family and friends, trying hard, sharing beta, cheering each other on, having the crag banter — for me that's what it's all about. Thanks to everyone who's given me a catch and encouragement, making this season such a good one. You know who you are!' 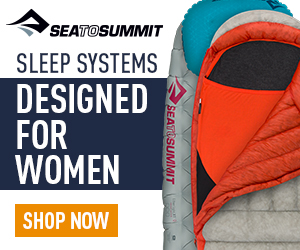 First Ascent of Brandenburg Gate Project by Will Bosi, Proposes 9a+

Born into a climbing family, Josh has quietly worked his way through the grades over the years, ticking 8a at age...

17-year-old Josh Ibbertson has made the fifth repeat of Northern Lights 9a at Kilnsey. The sustained and technical line was bolted by Ben Moon but first climbed by Steve McClure in 2000. Josh joins an elite group of strong climbers who ...

Rainshadow 9a by 16-year-old Josh Ibbertson

16-year-old Josh Ibbertson has climbed his first 9a with an ascent of Rainshadow at Malham Cove, just one week after 15-year-old Toby Roberts ticked the line. Josh has quietly worked his way through the grades, ticking 8a at age 10, 8a+ at 11 and 8c...

How many Brits have ticked three 9a's?

Is there a topo photo that shows the lines of all these hard routes on this bit of Malham so that we can see how they all connect and weave about? Tis terribly confusing for us punters.

All the latest, greatest and hardest lines and link-ups are on Rockfax Digital, if you have access to that.