At just 21 years old, Shauna Coxsey is already the undisputed star of modern British competition climbing. This year, Shauna once again showed considerable talent and a cool head under pressure, not only coming 2nd in the overall IFSC Bouldering World Cup but also winning gold in the Innsbruck and Grindelwald rounds.

In addition to this, Shauna also won the Climbing Works International Festival, and the Foundry Bouldering Open at the beginning of the year and only missed out on a podium place twice in the whole World Cup Season.

Shauna is no new kid on the block though, and has been winning competitions in Britain for many years now and since 2007 has regularly been both British Bouldering and Lead Champion at both senior and junior level. Shauna first entered the World Cup in 2012, where despite a broken leg preventing her from competing in the last round of the competition, she still placed third, last year Shauna came 4th, only missing one final in the whole World Cup. Shauna's results for this year's World Cup are as follows:

UKClimbing.com got in contact with Shauna to find out a bit more about her climbing history and her World Cup success:

Congratulations! How does it feel have won silver? Must be great! Hopefully you aren't disappointed?

Shauna: I am not disappointed at all. I had an amazing season. I fought as hard as I could and learnt so much more about the complex, confusing world of competition climbing. I am already motivated to step it up and train hard for next season.

This year the British climbing public really seemed to get behind you - what was that like?

Shauna: It has been incredible! I can not thank everyone who has followed the comps enough! It definitely feels like I am out there competing for my country not just myself. I was pretty gutted that the British Nationals clashed with a world cup this year. It would have been great to get to compete in front of a home crowd!

So, you have climbed from an early age despite not coming from a climbing family, how did it all start for you?

Shauna: Nope, no one in my family climbs. I saw Catherine Destiville soloing in Mali on the TV when I was 3 years old and decided I wanted to try climbing.

How did you then get into comps?

Shauna: There was a round of the British regional youth series on at my local wall. I entered it and made it to the national final.

Were you immediately successful at competition climbing?

Shauna: In my first comp ever I finished 3rd which sounds pretty good but there were only 3 in my category. I don't really remember my early days competing but there is video footage of my first National final. I cry my eyes out for almost the whole time. I am still not sure how that experience didn't put me off.

At what point did climbing outside come into the equation?

Shauna: I started climbing at The North West Face, in Warrington. The wall was definitely a place to train for rock climbing. I got out climbing quite early on and my Dad and I joined a trip to Font with some of the staff when I was just 7 years old. So climbing on rock has always been part of the equation. However, coming from a non climbing background limited my exposure.

You are very talented at climbing on rock and in competitions, what is it you enjoy so much about Competitions in particular?

Shauna: In competitions you have to perform on demand. You only get one opportunity. It doesn't matter how you are feeling you just have to go out and climb. I like how intense that can be and the pressure that comes with it.

In your first World Cup you placed 3rd and then 4th in your second last year, did you feel a lot of pressure going into this year's World Cup?

Shauna: I guess so. It would be hard to not have expectations. Although I learnt a lot during the 2013 World cup season about dealing with expectations and the inevitable pressure that comes with them. I feel they were necessary lessons to learn and definitely made a big difference this year.

You learnt a lot from last year's competition, what have you learnt this year that you will take forward to next year?

Shauna: I have learnt so much. It's a little overwhelming to think about this past season. I haven't really stopped and spent time reflecting yet. I think the the most important thing I learnt this year is that I can win. I had believed it possible in the past but now I know that it is.

You almost won the Baku round but due to a foot-dab placed third, some felt this was unfair, what is your take on the situation?

Shauna: They weren't unfair. They did their job and that is what they are there to do. If I had won in Baku maybe I wouldn't have won the next two events? There are so many if's and buts that you can throw around. Personally I do a comp and move on. I haven't got the time or energy to dwell.

Then it must have been great to win your first Gold, that must have given you a massive confidence boost?

Shauna: It was amazing! It was also quite relieving. I could finally go and compete for first place knowing and believing that it was possible.

When Akiyo Noguchi began winning comps and catching up to you after the midway break, was this a surprise or has Akiyo always been a threat?

Shauna: Akiyo has had many World cup victories in the past and she is a very regular face in finals so it was not surprising to see her on top of the podium this year. It was so impressive and really inspiring how she was able to maintain such a high standard and dominate the second half of the season.

You seemed to struggle in Vail, do you think the altitude of the location caused this?

Shauna: I'm not sure. I just generally felt tired. It has been a really intense season this year and I have found it hard to be away from home and stay psyched for so long. I guess I just had a bad weekend in Vail. It happens to all of us.

How did you deal with this to come back and get onto the podium in the next round?

Shauna: I went home! After Vail I got to spend 5 days at home. It was so refreshing and relaxing to spend time with my family and my friends. I got to sit on the sofa and chill and hang out at the wall and remember how fun climbing can be.

So What is next for you?

Shauna: I am currently in Magic Wood. I get to spend 2 weeks here chilling out and getting on the rock too. I managed to tick One Summer In Paradise, 8B, a couple of days ago which I am really excited about. After my time here I head home to train for a few weeks before Munich and also start finalising the plans for the 2014 Women's Climbing Symposium. The event will be taking place at TCA in Glasgow on the 27th September. After Munich I am not sure yet. Other than the WCS I don't have any set plans. It is really nice actually. It feels like every single hour of my life has been planned and organised for the past few months with all of the flights, trains, busses and hotels. I'm excited to just see where I end up.

Shauna Coxsey is sponsored by: adidas, Five Ten and The Climbing Hangar

Shauna Coxsey on Comps & the WCS 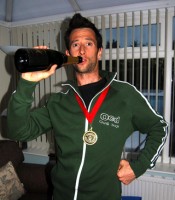 Competitions, Funding, the Olympics and the BMC