Beth Rodden's Meltdown in Yosemite National Park went unrepeated for a decade. Our Friday Night Video this week features Carlo Traversi making the second ascent, along with Beth providing some retrospective analysis. The route is one of the hardest crack lines in the world and at the time may have been the hardest trad climb in the world.

Traversi first attempted the route in 2013 but 'got completely shut down' by the technical moves on glassy footholds. In 2015 he managed to top-rope the line cleanly, but poor weather in the following two years hampered attempts. A dry Autumn and current cooler temperatures aligned this month to enable an ascent. Traversi climbed the route on his 3rd attempt of the day, placing all gear on lead to match Rodden's style of ascent in 2008. 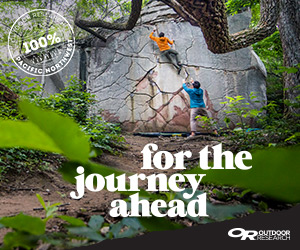 US climber Carlo Traversi has made the long-awaited first repeat of Beth Rodden's Meltdown 5.14c/8c+ at the Upper Cascade Falls, Yosemite Valley. Beth made the first ascent in 2008 and the line was both the hardest single pitch trad climb in the...

Every year we try to make WCS better and more creative, and also to be as inclusive as possible. Here are 3 things we are particularly proud of this year - we hope you can join us!Carbon offsetting, partnerships and co-ed after party