Lake District climbing has been hitting the headlines over the past couple of weeks and rightly so. Neil Gresham's new line Lexicon at Pavey Ark continues a strong Lakeland tradition of bold, intimidating climbing that began decades ago. One of the pioneers of the scene, Rob Matheson, has been looking back at climbs he did in the '70s; imposing and inspiring lines such as Paladin, which he repeated last year, and more recently Holocaust at Dow Crag.

We caught up with Rob and asked him about his motivation to return to climbs such as Holocaust:

Read more
'Maintaining your push in a certain direction is always based on enjoyment and that inner pleasure before and after the event. Over such a long period of time, you have spells when you lose that enjoyment, and when that's happened to me I have turned to other pursuits. In the 80s it was windsurfing and squash, then skiing and most recently cycle racing. I suppose it has helped to prevent injuring certain muscle groups (a scourge of long term climbers) and served as effective whole body "cross' training. But, from an early age, the hills have been part of my psyche and I have always returned to these roots. This has perhaps become more entrenched with the emergence of Craig, as the highly trained climbing athlete I never was  —  a bit of a missing link adding to that essential driving force as a team, rather than as an individual. Easier to bounce ideas, plans, ethics, humour and hopefully maintain a balanced perspective on the ever-changing climbing scene.

'Those climbs I did later in the 70s are going to be even more challenging I think, but keeping to the "Extreme Rock" theme, Cruel Sister, Grand Alliance, Lubyanka and Shere Khan would be good. Just being up there in the mountains is a motivation above all others — just a privilege to be there!'

Rob and his son Craig captured the day in this excellent film below: 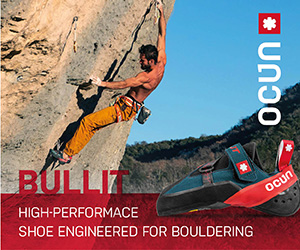 Craig Matheson has his name to many Lakeland first ascents, including Stopper Knott at White Ghyll (E8) and Thy Will be Done on Scafell (E8). In addition to his new routes, Craig has also made second ascents of a number...

"These days we're bombarded by images of honed athletes powering up wildly overhanging rock and it's difficult to comprehend what it must have been like for Rob Matheson when he decided to attempt the imposing groove-line of Paladin at Whit...

Craig Matheson has made the third ascent of If 6 was 9 at Iron Crag in Cumbria. Established in 1992 by Dave Birkett, the line waited 15 years for a second ascent by Dave MacLeod and almost as long again for Crag's recent ascent 12 years later.

Cumbrian Craig Matheson has made the first repeat of Another Lonely Day E8 6c on Scafell's East Buttress. Climbed in 2002 by Dave Birkett, Another Lonely Day has built a reputation for being a tough lead, with a guidebook description...

In this series of articles, Tom Ripley interviews some well-known climbing partnerships to dig up their dirty...

The National Trust's Sticklebarn pub in the Langdale Valley will be hosting a night of film, ale and...

We have a short video of Craig Matheson climbing The Keswickian, E8 7a at Gouther Crags. The first ascent of the...

Lovely. Thank you for that Rob, and Craig. Great work with the self filming too.

Great climbing apart, what this film shows most clearly is the incredible quality of the rock.