Share
Reviewed by Alan James UKC 1st June, 2010
This has been read 27,424 times
Price: £89.99Brands: Scarpa
Share
We receive free products for review from brands, many of whom advertise on the site. We work on strict condition of editorial independence, and no guarantee of endorsement

I have always been quite a traditionalist when it comes to climbing footwear - once a brand has been granted rights to my feet, I stick with it until the manufacturer finally stops making them. Such was the way that I worked through Boreal Aces, La Sportiva Megas, and more recently the Scarpa Vision. The latter have been faithful companions for around 5 years and I was somewhat dismayed when they disappeared from the 2010 Scarpa range. So much so that I got in touch with Scarpa direct to ask them to root around the warehouse to dig out any remaining pairs in my size since I'd gladly buy the lot. "Sorry, Jon Barton (Vertebrate Graphics) asked the same thing last week and mopped up the only pairs we had in size 41" - so I wasn't alone in lamenting their disappearance - "but the Vapour lace-up is a similar style of shoe, how about a pair of those?"

Owing to a small mix-up, caused in part by there being a significant shift in sizing between Vapours and Visions, I actually ended up with the Vapour Velcro and Stephen Horne ended up with the Vapour Lace-up (review coming soon). To be fair to Scarpa it is likely that the Vapour is the correct sizing and in fact the Vision range was over-sized (ie. 41 Vision = 42 Vapour = 42 in non-climbing shoes).

Initially this didn't worry me since I like the ease of velcro fastening, but it turns out that the Vapour Velcro and the Vapour Lace-up are actually subtly different shoes. The addition of Vibram XS Edge rubber (see UKC News item) makes the Lace-up more of an edging boot with the aim being to allow you to stand on the tinest of holds and maintain stability. The Vapour V has Vibram XS Grip2 rubber (see UKC News item) making it a softer boot better for smearing and with greater friction. I was sceptical since the Vision had been much more of an edging boot and that certainly suited my style, but since my old pair still had a bit of life in them I was happy to give the Vapours a go so that I could pick and choose appropriate to the route ahead of me.

The fit is quite narrow (ideal for me) an features the new patent pending 'Slingshot-Power™' system. At the Freidricshafen trade show in July 2009, Scarpa rep Glyn Pagett described in intimate detail the principle behind the slingshot-power system - it was great, I wish I taken notes! What I did get is the principle that a band of rubber in a figure of eight wraps around the heel and front of the toe, giving you extra power from the elasticity of the rubber as you lift your heel up to move off a hold. Whether this has any noticeable effect in practice is difficult to say, but it certainly does give a solid fitting boot. One slight drawback for me was that initially the back boot edge cut into my heel a bit on my first few outings. This became less of a problem as the boots softened a little.

As mentioned, sizing was different than my previous Scarpas, but probably more in line with shoes in the rest of the world. Being older than I once was, and less ambitious in my grade aims, I opted for a half size larger than I perhaps should have. This meant the boot had a little movement in its middle section (but I do have very narrow feet). The size down didn't have this movement and was probably optimum for performance, but I prefer to leave my boots on between routes and on stances, so I went for comfort.

The velcro fastening system gives an easy-to-use and solid fit. My only criticism here is that the lower of the two straps fastens towards the inside of the foot which leaves the strap flapping above your toe. When making precision foot placements this flap can be a little distracting and it would have been easily solved by having it fasten the other way so that the flap was above the less-used outer edge. The upper strap does fasten that way but there is probably some benefit in having the straps fasten opposite ways.

So how did they perform?

The first route I did was a bit of a shock. At that time I hadn't realised about the rubber difference and expected another pair of Visions - this is not what I got. The Vapour was much softer and required a different climbing style, one I am not particularly used to. However, I rapidly realised that what you may lose out on edging was made up for on smearing and flatter holds. Not being a fully smearing slipper style though means that you do still get a reasonable edging performance, and you get superb friction. I gave it a true friction test on some very polished limestone in the south of France and at that home to some of the World's slipperiest holds - Freyr in Belgium. In both cases I felt I ended up holding the friction in places where older boots would have slipped. On a rock like gritstone, the rubber is amazing and the shoe is a great option for those who like an allr-ound hi-performance rock shoe that suits both smearing and edging.

The real comfort test came at St. Victoire on a recent trip to France. The target route there was Grand Parcours - a 350m long ridge running direct up the centre of the tallest part of the magnificent south face. Easy climbing for the most part, with a couple of 5+ pitches near the top. Sections of walking and some long grade 3 ridges climbed in Alpine style meant a long time in the shoes which were still relatively new. At the end of the day though the Vapours did the job superbly and I only loosened them once at a lunch break. (It was a great route BTW which will feature in Chris Craggs' forthcoming Cote d'Azur guidebook due out later this year).

A good all-round performance rock shoe. The velcro version is an excellent and comfortable smearing shoe with great friction from the Vibram XS Grip2 rubber but also maintaining good edging capability. The fit is narrow and the sizing is more in line with non-climbing shoes than many other rock shoe brands. The fastening system leaves a flap above your inside toe edge which is distracting (but you can cut it down). Good general comfort as the boot softens and no significant stretching has been noticed in the two months that I have been using them. Faced with the choice now between my ageing Visions, and the new Vapours, I have opted for the Vapour every time recently and I would recommend these boots as ideal for those who prefer stiffer edging boots, but want to maintain their smearing ability on rock like gritstone and granite.

Alan is the Director of UKClimbing and Rockfax. He started climbing, like many folk, following the example of his father who was an active climber in the UK and the Alps the 1950s and 1960s ( - read Mike James Badile Epic). According to his mother's diary his first route was at Windgather in 1971, aged 7, although Alan himself can't confirm or deny this. Later trips with friends and some very basic gear into the Peak began a life-long obsession with climbing. This included a brief flirtation with Alpine climbing in the late 1980s but a perilous ascent of the NNE Spur of the Droites put an end to any more of that and he gave away his crampons in 1989. His main focus has always been trad climbing especially on the sea cliffs of Britain, but also sport climbing in France and Spain. More recently climbing and walking in the hills of the Lakes and North Wales with his children has provided a pleasant re-acquaintance with some long forgotten classic mountain routes. 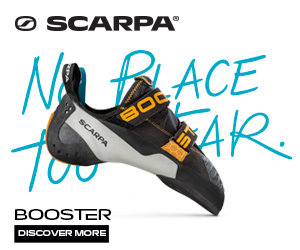 Beta Eco is constructed using recycled materials wherever possible in an effort to lead the way for environmentally sustainable climbing shoes.

Sitting at the top of Unparallel's range, the Flagship is a good performance all-rounder both indoors and out, says Rob Greenwood, with its focus firmly on edging. But with quite a specific fit, it would pay to try before you buy!

The new BOREAL Crux is a stunning technical all-rounder for those who want high level performance with more versatility than extremely down-turned shoes can achieve.