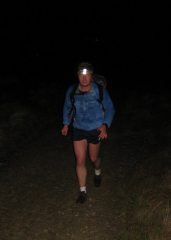 Reviewing a guide such as this is not as easy as reviewing a guide to somewhere like the Lake District, for the simple reason I go to the Lakes a lot more than I go to Alaska! However, I have organised and been on my own two-man expedition to Alaska where we stayed away from the relative 'fleshpots' of the West Buttress of Denali. During the planning of this trip I read the current recognised works on Alaskan Mountaineering and therefore felt qualified to write a competent review for this new book.

I don't know the author Joe Puryear but I do know Mark Westman who climbed with Joe for nine years. Mark tells me that Joe learnt to climb in Washington State and has climbed each of the last eleven seasons in the Alaska Range. As well as a spell as a Ranger on Mount Rainier, he has also made successful alpine ascents of routes in Patagonia, the Cordillera Blanca of Peru, Western China, Switzerland, and Canada. It is immediately obvious that he has used this experience to the full when writing this book.

The guide covers the 30 routes in the Central Alaska Range all of which are accessed from Talkettna. The introduction tells you how to get there and how to use the guide. This, along with appendixes with air taxi operators, equipment lists, etc., gives an excellent starting point for Alaskan plans. The introduction finishes with very good sections on Safety, Survival & the National Park Service and Mountain Health by Joe Reichet & Dr Jim Leach respectively - both of whom are or have been NPS mountaineering rangers on Denali.

The guide is then divided into six areas by glacier. At first I thought this might be confusing for the first-time visitor since, naturally, this sort of party may be concentrating on the mountain or route they are intent upon. However, the way Puryear divides his book is the way forward, all the routes in each section are accessible from the one landing strip thus giving the party a range of options from a single base, all of these are clearly laid out on an extract from the relevant large scale map. The time I spent pouring over Jon Waterman's seminal work 'High Alaska' fitting together photos and maps are no longer required!

The 30 routes have been chosen on the basis of 'routes that climbers actually climb or talk about climbing'. From a British bias routes such as Snow Patrol and The Prey, arguably two of the most important British routes of the last few years, don't make it in which is a pity. However, the guide is one of classic routes and therefore a lot more is not contained, which is a perfectly acceptable format.

As for the route descriptions, these undeniable are better, more extensive, and easier to understand, than either the aforementioned High Alaska, or Alaska - A Climbing Guide (Woods and Coombes), or any other countless articles in the American Alpine Journal or Alpine Journal. Chris McNamara's Super Topo layout combines good quality photo-topos with text, which is all either first-hand information, or reports from contemporary Alaskan climbers. On the harder routes, this is supplemented with superb hand-drawn easy-to-understand topos.

The photos, both of the routes, and of the climbing action, are almost all new and good quality. High Alaska uses Brad Washburn's mind-blowing black and white photos for route descriptions, which are hard to beat. However, the new colour photos in this guide come close and the topo information on them is much better. As for action photos, these do a good job of building the atmosphere of the place. A few, such as the one of the Knife Edge Ridge on Foraker's Infinite Spur, are of the absolute highest standard.

In conclusion, this guide is the first book to give really good details on the classic routes and just became essential reading for anyone planning a trip to the US's most Northerly State.