Share
Reviewed by Kevin Avery 17th June, 2008
This has been read 14,876 times
Price: £60.00Brands: Mad Rock
Share
We receive free products for review from brands, many of whom advertise on the site. We work on strict condition of editorial independence, and no guarantee of endorsement

The first pair of rock shoes I ever had were made by a company called Bestard (Spanish I think.) In fact they were boots not shoes. They were pink and blue with bright yellow laces; EBs for the flamboyant foreign market perhaps? Think Patrick Edlinger bronzed and bleached, bad lycra in abundance; except I was wearing them in 1994 and with Ronhills! They were baggy, strangely uncomfortable and had the sensitivity of a two foot thick concrete block. After that I got a pair of Boreal Lasers (because that's what Ben and Jerry wore.) They were miles too tight and once I'd shoehorned them on in the shop I could barely stand up flat on the soles of my feet, let alone put any pressure on my toes to climb!

Since then I've had numerous pair by numerous brands claiming numerous things! The latest of which are these:

Mad Rock's "Flash Lace Up." They're what they describe as,

"A proven performer with a redesigned Mad twist. A superb shoe that can tackle face, trad and multi-pitch climbs with equal aplomb. Traditional construction allows for a comfortable, sensitive all-around shoe that features the world's stickiest Mad Rubber. Technical enough for competition climbing, yet comfortable enough for the rest of us. RRP is £60"

I've used the shoe for nearly two months, sport climbing, trad climbing and bouldering. In terms of fit they are fairly narrow and for me they felt good straight out of the box. Two sturdy heel tabs facilitate putting them on and the offset lacing system and padded mesh tongue create a snug and secure fit. I am a little dubious of the durability of the lacing system however, as the lace holes have quickly worn and stretched and I'm now having to tighten them up quite gently as a decent pull looks like it might rip the eyelets through. This is something that Mad Rock need to address as the area could easily be reinforced.

The uppers are made of 2.0mm SupaSuede leather which coupled with the mesh lining, means that they have stretched very little. This is worth noting when you choose a size. I wear a UK size 8 in shoes and trainers and the pair that I tested were a UK 7. I generally like to wear my rock shoes on the neat side and although these did not feel uncomfortably tight to climb in I did feel I wanted to take them off on belays when doing multi-pitch stuff and I would probably recommend just going down half a UK size if you are looking for true all day comfort.

The shoe is built on an asymmetric last which is designed to provide a closer fit, more sensitivity and better performance. It actually felt very similar in feel to Five-Ten's Anasazi (this is no coincidence by the way as Mad Rock's design team actually includes members of Five-Ten's old design team!) so if this is something that you already like then I would definitely recommend trying the Flash as an alternative.

They are produced using 3 different compounds of Mad Rubber Formula (Mad Rock use 5 different compounds,1 being the hardest and most durable and 5 being the stickiest.) The sole is made of 5.3mm Mad Rubber FX5 which the manufacturers claim is a "futuristic formula" that is "way ahead of the competition." In practice they felt sensitive and sticky straight out of the box and coupled with the 1mm compressed fiber midsole they handled matchstick edges with ease, offering great support with very little in the way of rolling. This was particularly noticeable on long trad pitches and more technical sport routes where softer shoes can often result in tired feet and burning calves. Smearing was also good for a relatively stiff shoe. The low toe profile worked well in small pockets and the 2.2mm Formula 4 rand was sensitive enough to allow me to gain good feedback from the footholds but also provided excellent purchase when jamming my feet into cracks.

The heel may look a little unusual but it works very well. It uses Formula 3 rubber and sports Mad Rock's 3-D moulded Hooker system complete with a descent tread. What this means is that it has been moulded in a 3-D shape to provide a better fit, closer to the shape of a human heel. I generally have problems getting the heel of shoes to fit properly (chunky heels!) and I usually end up with a bit of dead space or at least some slippage; but not with these! The Hooker system is supposed to mean that when you do get your heel up over the lip of that roof or on a sloping scuff then the hooking teeth will help to keep it there. In reality though, I'm not sure I have found the teeth to be any better than a standard heel. Perhaps they will come into their own for that "specialist" move, but only time will tell. Finally the descent tread, (yes ypo've guessed it-a bit of tread on the heel) is designed to provide some extra grip when you are walking off the top of your route or problem. Beware though, that whilst it might afford a bit of extra purchase on dry and easy angled slabs, it's just as lethal as any other rock shoe when it comes to a wet grass bank!

So, in terms of climbing performance I really like them. They fit me well which is very important and they can handle a wide range of rock types and styles of climbing. However, I could not finish reviewing the Flash Lace Up without commenting on what they look like! People have told me that they look like "child's shoes" and others have described the look as "simply terrible!" I know it shouldn't matter, but many people (myself included) are just not going to buy a shoe that is covered in skulls! It adds a poor finish to a product that performs well and retails at a good £15 cheaper than similar models from other brands. Perhaps a revamped plain version might be in order? Not "Mad" I know, but it may help with the mass appeal of what is essentially a good all round shoe.

A very versatile shoe offering all day comfort, excellent technical performance, a great fit (particularly the heel) and some very sticky rubber. It would be a great choice for climbers of all abilities who are looking for one shoe that can do every job. It is priced competitively at an RRP of £60. On the downside, I would beware of the durability of the lacing system and be prepared for some (not so nice) comments on the style!

Mad Rock are distributed in the UK by DB Outdoor - Website

The Mad Rock Flash Lace Up Climbing Shoe is available now in the UK. Click here for stockists - www.dboutdoor.com/retailers/Mad-Rock

Have you experience of this product, click on the link below to add your opinion to the forum thread about this product.

"I'm based in Silsden, West Yorkshire where I work as a teacher. I've lived there for a couple of years now and it's a fantastic location. So many crags so close by means that it's really handy for getting out, loads of styles and loads of motivated people. Before that I was based in Carlisle where I started climbing in 1994. After an 18 month stint on the local wall I began to venture onto the Lakeland crags, ticking the classics, gaining experience and more often than not, getting gripped! I began to venture further afield and I have since climbed all over the UK in both summer and winter.

I climb sport, trad, ice, mixed and go bouldering! I love climbing, meeting great people, the places, the experiences and talking about it when I'm not doing it! It's so diverse, it would be impossible to get bored. I try to get out at every opportunity and I'm more than slightly obsessed. I just can't help it! Regular trips abroad are always a must, from the usual sport cragging and bouldering destinations of Europe, some ice and Alpine rock and then further afield to Australia and even Hawaii!

When I'm not climbing I enjoy getting out for a wander with the dog, running, doing some weights (not that you can tell!), writing stuff and more recently taking pics." 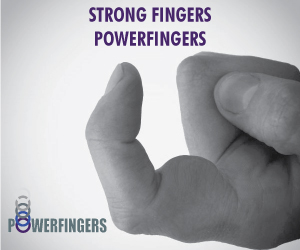 Red Chili have released a number of new products throughout 2021, but here's a quick overview of some of the highlights - all of which are in store and available to order now.