Share
Reviewed by Rob Greenwood UKC 5th November, 2019
This has been read 4,821 times
Price: £9.99Brands: Vertebrate Publishing
Share
We receive free products for review from brands, many of whom advertise on the site. We work on strict condition of editorial independence, and no guarantee of endorsement
Fiction in mountain literature is something of a rarity, but why? Is it that the appeal of this genre is in its gritty realism, based on actual experiences or events? If so, might not fiction cheapen that experience by making it all up? Maybe I'm getting a little bit ahead of myself here, but having almost exclusively read non-fiction for the past few years I felt a certain degree of trepidation as I turned the first few pages of John D Burns' latest novel, Sky Dance, but this concern was unfounded, and what followed was something a little different from anything I'd read before…

Whilst I may not have read any fiction, the non-fiction I have been reading in recent times put me in remarkably good stead for Sky Dance. Books like Inglorious by Mark Avery, which focusses on the effects of the grouse shooting industry upon our nations' upload environment; Our Place by Mark Cocker, which takes a more general approach, focussing on farming, subsidies, and land management/protection; and finally Wilding by Isabella Tree, which tells the story of the Knepp Estate - formerly an intensive farm now 're-wilded' and home to flagship species such as the Purple Emperor Butterfly, Nightingale, and Turtle Dove.

That said, it is by no means necessary to have read these in order to appreciate Sky Dance. But the author undoubtedly draws upon topics touched on in each of them, including re-wilding, raptor persecution, upland tracks/planning permission, hydroelectric schemes (with particular reference to Glen Etive), land ownership, access and much more. As such, it is very current in the issues it is tackling, and it tackles them in a way that non-fiction could never hope to achieve.

Sky Dance tells a story, a good heartwarming story, as opposed to academically laying out the situation, and it does so through the friendship of two mountain club members, Angus and Rory.

The book itself is predominantly set on the (fictional) isle of Morva, where two conflicting landowners have differing ideas of what the upland environment should look like. Lord Purdey represents the old guard, keeping tight control over predator and pest, so that the grouse stock is ample for the shooting season. The neighbouring estate, owned by the Hawaiian shirt clad Tony Muir, is very different indeed, with a more modern approach to land management, where the priority is very much on the restoration of upland forests, cultivating habitat to aid increasingly rare species, and - most relevant to the direction of the book itself, and the fates of those within it - applying to reintroduce apex predators such as the lynx.

Located between the two estates is the Glen Bothy, where Angus and Rory spend their weekends climbing and walking across the island's peaks. The bothy is a place of sanctuary, as is the island itself, which feels removed from the mainland and all the stresses it brings. However, within the opening chapters - set in a particularly heavy winter - Angus and Rory have an intense, near-death experience which leads to something changing within Angus, who begins to question his love of the mountains, his age, and ultimately his redundancy within the club of which he is president. This crisis occurs in sync his eyes being opened to the wildlife he has, up until this point, been completely oblivious of, as Rory (who is many years his junior) highlights the wildlife that both does (and doesn't) surround them - a moment which is exemplified when they see a male hen harrier sky dancing.

Between these trips there are tensions back home, as both Angus and Rory have relationships which are becoming increasingly complex, but what ensues from there I will leave you to find out…

Where there to be a catch, there were moments when I felt that the role of the tweed-clad toff landowner was being pushed a little too far; however, it's hard to say (like all stereotypes) whether there wasn't more than a grain of truth in the role of both Lord Purdey and his two ghillies, Donald and Hamish. Recent articles published on UKH have highlighted the plight of the uplands across the Scottish highlands, and there's no denying the figures regarding raptor persecution black spots and the 'coincidence' that each appears to be over areas that are managed for grouse shooting. As such, whilst Sky Dance might be drawing upon stereotypes, maybe it's not doing so unreasonably.

If you have any interest in upland conservation - and it would be a peculiar climber or hillwalker who had none at all - then I'd suggest reading Sky Dance. I for one have added John's two other titles - The Last Hillwalker and Both Nights - to my reading list.

'Bring back the lynx? Over my dead body!'

A mutter passed through the crowd of environmental protestors, and Rory stepped forward. 'Your hunting has destroyed our hills and left them treeless wastes, devoid of wildlife. It's time that changed.'

Lord Purdey's lip curled in a sneer. 'Listen, you lentil-eating cat lover, Scotland is owned by me and men like me. If we want to kill anything that moves and bulldoze your beloved hills flat, we will.'

Someone from the group hurled a turnip. It struck Purdey a glancing blow and he crumpled slowly to the ground, just as the archaic class system he represented must eventually fall. Or so Rory hoped …

In his first two bestselling books, The Last Hillwalker and Bothy Tales, John D. Burns invited readers to join him in the hills and wild places of Scotland. In Sky Dance, he returns to that world to ask fundamental questions about how we relate to this northern landscape – while raising a laugh or two along the way. Anyone who has stood and gazed at the majesty of the Scottish mountains will know this place and want to return to it. Now, as wild land is threatened like never before, it's time we asked ourselves what kind of future we want for the Highlands. 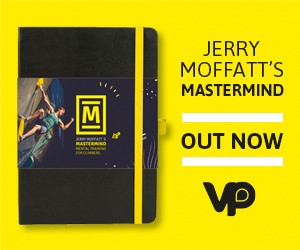 Climbing psychology is a complicated subject, not very well covered in climbing literature.  As a climbing instructor I see that most, if not all climbers struggle with a psychological aspect within their climbing, whether this is the fear of falling,...

Climbing psychology is a complicated subject, not extensively covered in the literature to date. This self-published book by MCI Kevin Roet aims to give you the tools to improve your performance, no matter...

A' Chreag Dhearg - Climbing Stories of the Angus Glens

Compiled and co-authored by veteran climber Grant Farquhar – author of The White Cliff (2018) and Crazy Sorrow (2019) – and with contributions from a range of voices within Scotland's close-knit climbing community, A' Chreag...

Despite Covid-19, 2021 has been a good year for outdoor literature. From inspiring new guidebooks to historical biographies, accounts of epic journeys to mountain-related fiction, the team at UKClimbing and UKHillwalking pick their stand-out titles...

Despite Covid-19, 2021 has been a good year for outdoor literature. From inspiring new guidebooks to historical biographies, accounts of epic journeys to mountain-related fiction, the team at UKClimbing and UKHillwalking pick their stand-out ti...

The Fox of Glencoe - Hamish MacInnes

This attractive book is a fitting tribute to a climbing polymath the like of whom we'll probably never see again, says Dan Bailey, and should interest anyone with a passion for Scottish hills, winter climbing, mountain rescue, or the history of...

Joss Naylor's Lakes, Meres and Waters of the Lake District

Brilliantly written, and a visual feast, this book is an inspiring celebration of the landscape and culture of the Lake District, and a fitting tribute to one if its truly great characters, says Rob Greenwood.

The Red Curtain by Dave Barnes - It's Climbing Jim, But Not As We Know It

The Earth Beneath My Feet by Andrew Terrill

A Feeling for Rock, by Sarah-Jane Dobner

"Reading this book as the end of the third lockdown comes into sight reminded me of all the little things, and the big...

If lockdowns have hit our outdoor lives this year, then at least many of us have had more time for reading. In our...

The Evidence of Things Not Seen - W.H. Murray

The Ogre by Doug Scott