Advertisement from Steepedge 25th February, 2015
This has been read 7,470 times
Brands: Steepedge
Share
Product News at UKC presents climbing, walking and mountaineering equipment posts that will be of interest to our readers. They are not gear reviews and are provided by companies that advertise with UKClimbing Limited.

If you’ve been keeping an eye on the latest developments in adventure film over the last six months, you’ll have been hard pushed to miss the release of the Brit Rock Film Tour. The latest project from leading mountain filmmakers Posing Productions, the Brit Rock Film Tour is a series of biopics on some of the most enigmatic figures in rock climbing, mountain biking and fell running in Britain today. After a successful cinema tour, the films have arrived at SteepEdge and are available to download and rent on demand. From Jules Lines soloing some of the most dangerous and impressive routes in Britain, to mountain biker Rob Jarman breaking the British downhill speed record.

Here’s a summary of the films from the tour you can now watch on SteepEdge: 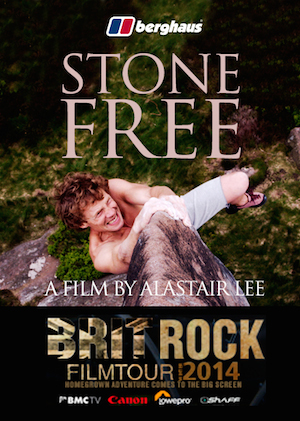 Jules Lines is undoubtedly Britain’s most accomplished soloist, having consistently made daring ascents of difficult routes over the last three decades, usually without a rope. Despite having potentially the most impressive tick list on British rock, he remains a ‘dark horse’ in the UK climbing scene, having chosen to stay out of the media spotlight and undertaking the majority of his climbing alone at remote crags. In Stone Free director Alastair Lee sheds some light on the man of mystery, whose only other famous video appearance is his forty-foot fall from Hold Fast Hold True (E10 7A), as we follow him between hard and dangerous projects hidden deep within the mountains of Scotland. However, perhaps more interesting than the terrifying climbing sequences is the revealing interview that’s interspersed with the action throughout the film, giving an insight into the mind of a man who has devoted his life to climbing in the UK. Also features the two minute short Boy where Jerry Moffatt gets mentally tormented by his fictionalised Irish Victorian father because he can’t get up a boulder problem. Well worth a watch. 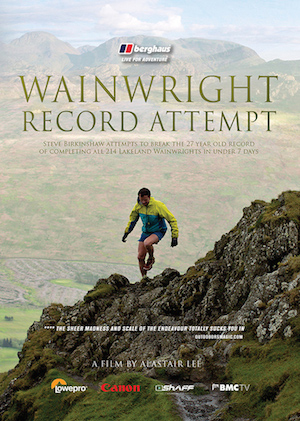 The most difficult Lake District fell running challenge is undoubtedly a round of all 214 Wainwright fells. To complete the full continuous round in any amount of time is a huge undertaking, but to break the record of seven days, one hour and twenty-five minutes, which was set by the legendary Joss Naylor and remained unbroken for twenty-seven years, is a near impossible task. However, in the summer of 2014 the unassuming Steve Birkinshaw set out to achieve this feat, leaving  the town hall in Keswick with the aim of returning less than a week later having run up and between every Wainwright fell. As the miles rack up, and rest never arrives, we see Steve’s health begin to deteriorate as he pushes himself to his physical and mental limits. With Al Lee’s beautiful shots of the Lakeland fells countering Steve’s suffering, we’re taken on a journey not only through England’s most spectacular mountains, but also through the mind of a man who pushes himself to his physical edge. 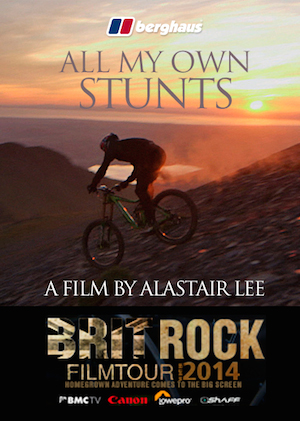 All My Own Stunts

Downhill mountain biker turned professional stuntman, Yorkshireman Rob Jarman is no stranger to putting his body on the line in order to get an adrenaline fix. Having raced bikes for a number of years before translating his fearlessness to the big screen, Rob’s career has always involved danger. However, his lifestyle eventually caught up with him in 2007, when filming an advert, he was involved in a mountain biking accident, sustaining serious injuries to his head and having to face a long road to recovery with no guarantee that he would return to his original state of health. After many years of working to get back to full health, Rob is back on his bike and, in order to face his fears, he chose to set himself a new challenge: to break the British speed record downhill on a bike. Finding a scarily rocky run on the slopes of Skiddaw he sets off to become Britain’s fastest man on a bike. 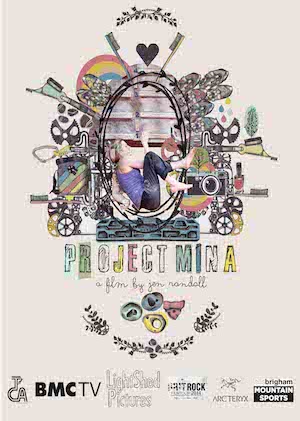 Mina Leslie-Wujastyk is one of Britain’s leading professional climbers. Having made multiple ascents of 8A+ boulders and sport climbed up to 8c she is unquestionably a world class climber. However, on the world cup competition bouldering circuit she has had less success, struggling to achieve consistent good results and never having made the podium. Despite this she devotes much of her time to competing in and training for competitions, even though she could be having a much more rewarding experience climbing outside. Project Mina tries to find out why someone would push themselves to compete in something they find so difficult, when they could be enjoying the successes of their outdoor climbing. Revealing, honest and touching, Project Mina is a documentary about an individual simply trying to get better at something they struggle with and working out which path is right for them along the way.​

Hailed as one of the most influential outdoorsmen of all time, Fred Beckey is the original "Dirtbag"climber one who abandons societal norms and material comforts in pursuit of a nomadic mountaineering lifestyle. A mythic...

Dark Sky Media are in the final few days of their Kickstarter campaign to raise funds to make 'Focus', a biopic of Steve Bate. As well as helping to make the film a reality and raise money for charity there are some great rewards on offer...

Alan Hinkes is still the only Brit to have climbed all the world's 8000m peaks. Terry Abraham's new biopic of this larger-than-life high altitude mountaineer is out now, and Ash Routen was keen to take a look.