Share
Reviewed by Rob Greenwood UKC 25th June, 2021
This has been read 4,798 times
Price: £145Brands: Dynafit
Share
We receive free products for review from brands, many of whom advertise on the site. We work on strict condition of editorial independence, and no guarantee of endorsement

Back when we did our Spotlight Trade Show Reports in March, Dynafit took us through three different models coming out for SS'21: the Feline SL, Ultra 100 and the Alpine. Each contrasts with and compliments the next, making for a good range that covers all the bases. The Alpine sits at the lighter end of the spectrum, with a slightly softer midsole that's best suited towards shorter distances at higher speeds. The fact it has a bit of grip is - as far as British running is concerned - a bonus, not least with what must have been one of the wettest Mays on record meaning that all my local trails were in a fairly foul and wintry state during much of the review period.

At 290g per shoe in size 9.5, the Alpine is at the lighter end of the spectrum. Not super light, but functionally light, meaning that they're built to withstand the sort of rough terrain that you'd expect in the hills of the British Isles. That said, these aren't an all-out mud busting beast, as the 4.5mm tread lacks a little in the muddiest of conditions. But contrary to how that sounds it does still give good grip and is a great shoe for a wide range of terrain - not too much grip to hold you back on the trails and not too little to see you sliding around in wet conditions.

Its weight, coupled with its 6mm drop and soft midsole mean that it's most suitable for shorter to middle distance runs that are going to be on the faster side of the spectrum (although a lot of this comes down to personal preference and running style). It does though provide a good level of cushioning throughout though, with a 24/30mm forefoot/heel stack height, which is ample for the sorts of lengths and distances you're likely to use it for.

The Alpine's other forte is its ability to perform on awkward, technical terrain. Rocky descents and scrambles are very much its natural environment. The fact it's got a bit of reinforcement around the toe only adds to this too.

The Alpine is available in both a men's and a women's fit.

Fit is always a very personal thing. The first impression I had will potentially be different to others, but for me the Alpine comes up quite snug both in terms of length and width/volume. At the very least you want to be going up a full size from your high street shoe size and even then it could be worth trying another half size up, particularly if you have wider feet.

The fit is quoted as being 'medium' on the Dynafit website and whilst they probably are, they could - in my opinion - edge into the narrower end of the medium spectrum. The toe box in particular is quite low volume too, and I was worried when first trying on that my toes felt right up against the mesh. This didn't turn out to be a problem, as they wore in after a few outings. The key is to make sure you've got enough space at the front, as you wouldn't want to have your toes bashing against the reinforced toe-box.

The Alpine features a Vibram Megagrip sole, with chevron lugs throughout. As per the intro, this isn't a shoe to use for outright mud-bath conditions, but is instead suited to strike a bit more of a balance. There's enough grip for wet/muddy conditions (providing it isn't too muddy), but not too much that it's going to hold you back (and wear out) when you hit the trails. Because of its relatively uniform depth it does well on rock, which - once again - goes back to its major selling point, which is its performance on technical ground. It also performs as well on wet rock as any shoe possibly can, although I still maintain that there's nothing that's actually that grippy on wet rock!

So the Alpines are light, but they're not too light, and they don't scrimp on features that benefit durability. Reinforcement throughout the toe is particularly noticeable, but so too is the reinforcement around the sides, which helps to shrug off any rock, stones or scree that brush by their side (or heather, which can be impressively abrasive on insufficiently reinforced shoes).

At the front of the shoe, the toe box is covered with a highly breathable mesh, which helps to keep the air flowing and the shoe feeling quite cool. The sock construction/seamless tongue creates a good seal around the foot, whilst the lacing further helps to keep your foot in place.

It's hard to find fault in the Alpine, especially when they're at home in their natural environment. They're light, but not too light, and they perform well in a wide variety of conditions, but particularly running on steeper and more technical terrain. They'd work nicely for hillwalking and even backpacking too, especially if you're anticipating lots of rough rocky ground. When it comes to the sizing it's worth being aware that they come up small and potentially at the narrower of the medium-width spectrum. It's this, coupled with its low volume, that could cause people problems, but it's worth noting that they do wear in quite quickly.

The DYNAFIT ALPINE is the perfect all-round trail running shoe for every kind of technical terrain. With a drop of 6mm from heel to forefoot and a mid-volume design, the ALPINE is the ideal shoe for fast workouts and runs of various distances. Standout features are its lightness and a grippy Vibram outsole with the MEGAGRIP rubber blend. Its seamless tongue lends superb comfort. Its rounded Alpine Rocker sole design and well-balanced cushioning achieve a dynamic, responsive ground feel. All told, the ALPINE Trail Running Shoe offers everything that you need for your daily training runs. 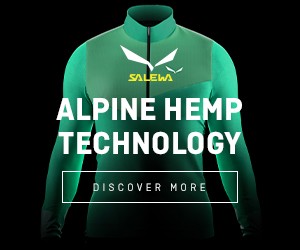 The Spin Infinity is very much Scarpa's offering to the ultra running community, with a chunky stack height and a dual-density midsole providing support over multiple hours - even days - of running. It would make a very robust walking shoe, too. So how did Rob Greenwood...

Incredibly well made, and capable of taking on a wide variety of terrain and a range of distances, these are superb all-round running shoes, says Rob Greenwood; but the generous fit won't suit everyone.

Though this trail shoe's ideal habitat is rough and rocky, it's got the grip to deal with wet and muddy ground too, says Rob Greenwood, making it a great all-rounder for more technical hill running in the UK. It'd also be a good choice for walkers in search of a lighter,...

Is it a shoe, or a boot? Marrying a soft, supportive and shock-absorbing feel with a comparatively light weight, the Ultra Raptor Mid GTX arguably gives you the best of both worlds, says Dan Bailey. For lightweight backpacking, long summer hill days and...

The Spin Infinity is very much Scarpa's offering to the ultra running community, with a chunky stack height and a dual-density midsole providing support over multiple hours - even days - of running. It would make a very robust walking shoe, too...

Incredibly well made, and capable of taking on a wide variety of terrain and a range of distances, these are superb all-round running shoes, says Rob Greenwood; but the generous fit won't suit everyone.

"I've spent much of the last year wearing various items from Montane's VIA Trail Running collection, and have been universally impressed by the comfort and quality" says Rob Greenwood. Here he takes a look at the more winter-oriented pieces in...

Though this trail shoe's ideal habitat is rough and rocky, it's got the grip to deal with wet and muddy ground too, says Rob Greenwood,...

If you're clocking up the miles then you want clothing that's both comfy and durable, says Rob Greenwood...

"I liked the Jackal from the moment I first put them on and have continued to love them through repeated use" says Rob Greenwood. Designed...

The follow-up to the original Norvan, the Norvan LD is pitched as being both lighter and more durable. It is designed with long...