Share
Reviewed by Rob Greenwood UKC 12th August
This has been read 1,802 times
Price: £20Brands: Vertebrate Publishing
Share
We receive free products for review from brands, many of whom advertise on the site. We work on strict condition of editorial independence, and no guarantee of endorsement

Scotland has the potential to be the best or the worst place in the world, depending what the weather - and the midges - are doing. There's nowhere I'd rather be, but unfortunately I live a fair distance from it, so whenever I do go I like to have a few plans and ideas up my sleeve. For me, inspiring books such as this are a blessing, as they reaffirm some thoughts I might have already had, as well as giving me access to a host of others I might not.

The routes in this book are extremely varied, in terms of their length, their geographic distribution, and the balance of familiar vs. unfamiliar. There are single day runs ranging from 10-29k, with the average around the 14k mark. As someone who's into longer runs, I would be likely to find most of the routes within the book quite manageable; however, for those that prefer slightly shorter runs, most are quite attainable - albeit with a bit of effort.

The book also includes three multi-day routes which range from 63-153k, which should help to sate the desires of anyone in search of longer distances. There could easily be another book focusing exclusively on bigger routes.

Whilst the explicit focus of Running Adventures Scotland is (quite clearly) running, this isn't to say that the routes it details have to be run. No one can decide your pace for you, after all! In fact many of these days out will be familiar to keen hillwalkers, from the likes of Suilven and Beinn Alligin to Glen Coe's Two Lairigs round. The manageable distances of the routes in this book mean they also double up as fantastic walks. The only thing you'd need to take into account is the fact that they're going to take a bit longer than advertised - all the other info (including where to buy cake) is cross-discipline.

When it comes to narrowing down the list of entries to 25, the author Ross Brannigan was left with a near-impossible task. You could, as I mentioned above, write a book exclusively focusing on some of Scotland's longer, multi-day running routes. You could also write a guide to each individual area; however, that's not what this book is. Instead it offers a broad and inspiring overview of some of Scotland's 'greatest hits'.

As a result I was concerned that it might just contain a predictable list of familiar classics. There'd actually be nothing wrong with this: classic is classic for a reason, and there are many people out there who won't yet have done them. But in fact what Ross manages to do with the list of routes selected is to strike a balance between outright national (or world) classics, some more 'local' classics, and more obscure personal favourites. This mix gives the book a nice, varied feel.

When reading through the list of routes there were a fair few which I simply nodded at, such as Suilven, the Ring of Steall and the Pentland Skyline, but there were others such as Beinn a' Bheithir, Meall a' Bhucahaille and Sgurr na Stri and Camasunary which brought a smile to my face - either because they weren't even vaguely on my radar, or because they had been, but I'd forgotten about them.

At the very back of the book is a list of 17 other routes that didn't quite make it into the main list. Whilst it'd have been nice to have had all of them included, there's obviously a page limit to these things, and including a brief list - with a paragraph next to each - is a nod to the fact that there are indeed more than one books' worth of adventures to be had out there in Scotland [volumes-worth, to be fair - Ed.].

Yes you'll obviously want a map and compass (plus the option of digital mapping software) to accompany the book, but it has virtually everything else you'll need, including a link to downloadable gpx files.

For each route there's a breakdown of distance and the approximate time it'll take you, along with the start point and its associated latitude, longitude and grid references. There's also a rating out of 5 for the route's difficulty and bogginess, with some commentary attached to provide further context, as well as additional notes on the terrain. All this is extremely useful, especially if you're out throughout the seasons, as some routes may be more runnable than others in torrential conditions. Another particularly nice feature is that each run has a quote from a local legend on why they like it. This, alongside the author's idiosyncratic approach, gives the guide a very personal feel.

At the end of each section there's a further breakdown of the points of interest and highlights, top tips, other options, where to refuel and where to find out more. Alongside the quotes, this extra info provides a quick snapshot of what each route is going to be like in terms of its character and feel, and where you're going to get your food afterwards (it's clear Ross did a lot of research on the food front!).

They say not to judge a book by its cover, but it's impossible not to - especially when it comes to such an inspirational action shot. It's not just the cover either, as the book is brimming with inspiring imagery - and an alarming amount of blue sky. Given that we are, more often than not, visiting these places to immerse ourselves in the landscape, the quality of the pictures that portray this environment are all-important: tracks, trails, and rocky ridge lines are all shown to maximum advantage. The majority of the images are taken in summer, but there's the occasional one with frost or snow patches, and these help serve as a reminder of the elements that you're likely to experience if you're often out in Scotland (and yes, a few of them do look quite wet too).

Running Adventures Scotland provides an interesting and eclectic mix of routes that will appeal to both runners and walkers alike. It covers a wide geographical spread, which encourages exploration of Scotland's varied landscape, and does so through a mix of routes both short and long, popular and esoteric (and everything in between). The fact it supplements these routes with inspiring imagery, insight and quotes further adds to its appeal. My only criticism is that it stopped at 25 routes, because there's clearly a whole lot more where these routes came from. I hope to see a follow-up some time in the future. 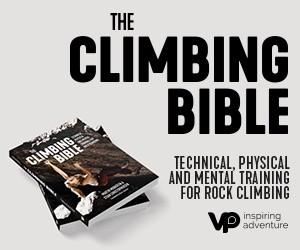 40% off Walking books at guidebooks at Vertebrate Publishing

Looking for a full-value day out in the UK's most spectacular and unspoiled settings? Want to take on a peak bagging challenge or walk the length of one Europe's iconic long-distance trails?  All walking books by Vertebrate...

Not just for running, trail shoes are the most versatile of footwear, and prove ideal for both hillwalking and crag approaches too. Lighter and more forgiving than a walking boot, they also beat approach shoes for all day comfort, and grip on g...

Just two years after she first found a love for hill running, Lauren Johnson broke the record on Montane's gruelling 108-mile Pennine race. What did it take to go from road runner to course beater, in such...

The Spin Infinity is very much Scarpa's offering to the ultra running community, with a chunky stack height and a dual-density midsole...

Incredibly well made, and capable of taking on a wide variety of terrain and a range of distances, these are superb all-round running shoes,...

With tough conditions and a high rate of attrition among the favourites, this year's Montane Spine...

Running The Montane Dragon's Back Race 2021: So Near and Yet So Far

Running In pursuit of purity: going solo on the Winter Bob Graham Round

Running Walk Before You Run - winter skills for hill runners

Tranter's Round Broken Twice in 24hrs

The Tea Round - Running the Fells from George Fisher

Across the Sound - Running the Jura Fell Race Route