Share
Reviewed by Tom Gore 4th October, 2017
This has been read 8,198 times
Price: £34.95Brands: Rockfax
Share
September is often hotly anticipated by climbers in the Southeast. Unlike the rest of the country who are hoping for a protracted heatwave to linger into autumn, climbers here relish the arrival of the colder conditions. There is a sense of opportunity in the air, that at last that long term project will finally give in. September this year was also hotly anticipated in the Southeast for another reason - it was the month that the long awaited Rockfax 'Southern Sandstone Climbs' guidebook was published. I felt like a kid at Christmas when I got back from work to find a book-shaped package had been posted through my letterbox. My childlike enthusiasm was not let down.

I started climbing on the Southern Sandstone almost twenty years ago and in that time I have seen guidebooks undergo something of a revolution. Back then the 1996 Climbers Club (CC) guide was the only available guide to the area, with hand drawn topos and, as was common at the time, a limited number of photographs from which to draw inspiration. Since then we have not only received an updated CC guide in 2008, but two additions from Jingo Wobbly (2000 and 2010) and a specialist bouldering guide in 2011. These additions have embraced the techniques of modern guides with photo topos and inspirational photographs.

However, this is Rockfax's first guide for the area. I first became familiar with their guides with the excellent 2005 Dorset guidebook and it has become a familiar name in climbing circles. I was intrigued. What were Rockfax going to bring to a market where there are three relatively recent and relevant guides (I still take all three to the crag with me) in circulation?

The first thing I noted when I picked up the Rockfax guide is the scale of the book. At 488 pages and 920g, this is by far the biggest (and heaviest) guide for the southeast, reminding me of the 'Brick' nickname for the 1999 Lancashire guide. The author, Daimon Beail, has been a regular on the sandstone for the best part of twenty years and this guide reflects his deep knowledge of the area. Daimon started work on this guide in 2012 and I think these five years are reflected in the finer details of the book.

One of the first things I do when I get a new guidebook is to feverishly flick through, scanning the pictures for inspiration. The photography in this guide is simply excellent, much of it being done by Daimon himself. What is often so difficult with photographs in guides is capturing the classic problems in new interesting ways. Daimon has managed to do this both with some nice use of light and with a real eye for angles that had me second guessing whether the picture actually captured a route I had climbed dozens of times before. Having read the book cover to cover I still find myself glancing through the pages admiring the photographs, and I am excited to get back on some routes that I had forgotten were so good.

Linked to the photography are the photo topos for the crags. It is an expectation that guidebooks these days have clear photo topos. However, what I particularly like about this guidebook is the addition of aerial views of the crag, presumably taken by a drone. This not only makes locating and navigating between routes simple, but gives another unique view of the sandstone.

Part of the justification for any new guidebook is to include new problems and venues. I am happy to report that the Southern Sandstone Climbs guide includes both. Two new venues are documented – Toad Rock and Mount Edgcumbe Rocks. The addition of Mount Edgcumbe as a venue reflects the development of this crag over the last few years, while Toad Rock's inclusion reflects the growing popularity of this crag as a bouldering spot. There have also been additions added to the major crags – Bowles, Eridge Green, Harrison's and High Rocks. However, it is worth noting that these are not just harder problems that might only be accessible to a small group of elite climbers – many, if not most of them are in the f4-6 range, often put up by Daimon and Emma Harrington. There truly is something new for climbers of all abilities.

Daimon has also included a top 50 climbs for the area – a fairly standard, and useful, feature in Rockfax guides. I was however slightly worried about this for the sandstone, which wears quicker than most rock types, and how this might increase traffic at the busiest crags and erosion on the best problems in the southeast. However, I think Daimon has done a good job of selecting routes from a range of crags to deter any one crag suffering as a result – in fact it might encourage climbers to try some other areas!

My final point is probably the most controversial – grades. This is always a contentious topic for guidebooks and there will inevitably be debates about certain climbs warranting a harder or easier grade. Perhaps what has caused more of a stir is the inclusion of a French sport grade alongside the traditional English technical grade which has previously been used for grading routes on the sandstone. Purists might question how valid a sport grade is for crags that don't reach above 12 metres. However I like it. Not only can the reader easily see both grades, but they can operate with the grading system with which they feel more familiar – an issue I have often had when trying to explain how difficult some of the harder routes on the southern sandstone actually are.

So the big question is, would I recommend the guide? If you are new to climbing on the southern sandstone and don't already have a guidebook then this attractive Rockfax tome is a logical choice. But even if you are a regular climber on the sandstone and have one of the three other guides, I would still recommend this guide. Not only does it provide a welcome update but it will re-inspire the reader to get back on some of the classics. 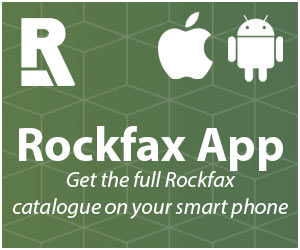 Pre-order now: The Beaches of Wales

The Lake District is considered to be a bedrock of traditional rock climbing, as detailed in the rock climbing guide LAKE DISTRICT ROCK, published jointly FRCC GUIDES and WIRED GUIDES.

Want to improve your climbing technique? The Climbing Bible collates the best European training techniques into one book with information on how to specifically train for the technical, physical and mental...

Rob Greenwood - UKClimbing
4 Oct, 2017
I couldn't agree more about the French Grades. They may be considered contentious by climbers who've been going there for years, but to newcomers they'll actually provide a meaningful indication of difficulty that - bless them - the English tech grade never really did (or at least not with great accuracy). I also owe a word of thanks for your 'Secluded Sandstone' article Tom, I've subsequently made it to a few of the venues and they've all been great. Dare I say it, but what with the new guide being published I'd actually consider a weekend down there from the Peak :-)
Thinker01
5 Oct, 2017
35 quid tho! Rockfax seem to be loosing their already sometimes shaky grip on reality!
1poundSOCKS
5 Oct, 2017
Sounds like a massive guidebook, that took 5 years to produce. The reality is Rockfax is a business. How much do you think it costs to produce and how many do you think they'll sell?
beefy_legacy
5 Oct, 2017
Is the bouldering coverage comprehensive? It's not quite clear from the article but the blurb says it does sport and boulders?
pasbury
5 Oct, 2017
Makes me hanker for my introduction to climbing 30 years ago at university. Every Saturday we'd get on the train to Eridge or Groombridge station, grovel around at Bowles or Harrisons until our arms were like wet newspaper and round it off with several pints at the Huntsmans.
More Comments
Add Comment

The Chamonix Rockfax was published in early October. We sent a copy to Simon Verspeak to get his opinion on the book, and he has written us this short review.

In this review southwest climber and boulder Dave Henderson takes a look at the new Dorset Bouldering Rockfax guidebook which has been put together by Ben Stokes, and published by UKC's sister company ROCKFAX.

In this review UKC regular Tom Ripley takes a look at the new Dolomites guide, written by fellow UKC regular...